Achia Sea Foods Limited is one of the rising food processing companies, which has started its journey from the year 1993 in Khulna, Bangladesh. The company mainly processes seafood and fishes, and the ultimate sources of the firm’s revenue comes from exporting of its products. The company was incorporated in December 27, 1993 as a Private Limited Company registered in Bangladesh vide-registration no. Khulna 178. Its registered office is situated at 50/7, Shipyard Road, Labanchara, Khulna, Bangladesh. The factory is operational in Khulna city as the surrounding areas are the significant place for shrimp’s production. Most of the exported sea foods are processed in these areas and its surrounding. The factory adopted HACCP (Hazard analysis and critical control points) systems in its operations, and earned BRC (BRC Certificate No. 411A 13070001). Achia Sea Foods Limited is an export-oriented company. Producing hazard free marine food products for human consumption, and exporting it to the global market are the principal objectives of the company. As a matter of fact, the company has been successfully running its production and exporting operations for more than two decades. Since its establishment Achia Sea Foods Limited has been processing and exporting of the finest quality seafood products “Shrimps & Fish”. The quality products and services of the company have earned the approval of European Union approval, and have received KLN-57 from the EU.

Incorporation of top-notch food processing technology and innovative methodology to produce quality food products has helped Achia Sea Foods Limited to gain immense appreciation from its clients. As a result, to that, the company could establish its products as leading food products producer in the global seafood industry. OCEAN PEARL and SITARA are the name of its two products which are recognized globally. This is manifested in the enviable reputation of its brand in the seafood markets of European Union, United Kingdom, Cyprus, Japan, Korea, Taiwan, Egypt, UAE & other far Eastern countries of Asia. Achia Sea Foods Limited is an honorable member of Bangladesh Frozen Foods Exporters Association (BFFEA), which is established in 1984; and working to promote and protect the interest of Frozen Food processors, Packers and Exporters in the Country.

All our thoughts and actions must be consistent with our principles!

Reliability: We believe “our commitment is the reliability and that is our business”.

Integrity: The integrity of in our business is the only key of our vision.

Customer Focus: We never differentiate among our clients and the information seekers relevant with our business. We inform everyone with right information and in the same way, so that they can earn best value of the benefit from their business. Besides, listening to ours customers properly is a part of our business principal; so that we can provide our best service.

Drive for Result: We always wait to see our customer’s feedback and obviously expect their happiness!

Our factory is well equipped with necessary modern machines of shrimps and fishes processing, like cooking & counter cooling system, IQF spiral freezer, vibrating glazer and IQF after freezer/hardener into its processing line. We also ensured water treatment system in the plant to supply safe water in the processing line. Besides, we’ve adequate ability of shrimp & fish processing and ice production including storage capacity, which have mentioned below. 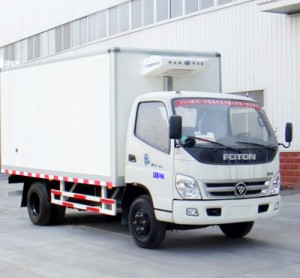 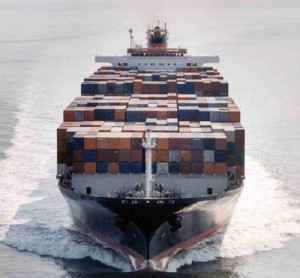